Where is the virtuous man? 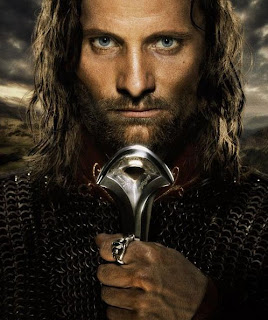 Unless you’re a member of the SCA, I doubt the word “chivalry” or its derivatives is part of your vocabulary.  In our modern society, we generally don’t speak of men as being virtuous, gallant or noble.  Pop culture certainly doesn’t celebrate these attributes.   In fact, sitcoms take great delight in creating chuckles over homosexuality and casual sex  while branding the straight principled guy as an odd duck in need of expanding his moral horizons.

Recent headlines have reminded me of how weak mankind is.  Governor Spitzer, the fallen Eliot Ness combating corporate corruption now must face the demons of his own heart.  I read about powerful men such as Spitzer, Clinton, Edwards and wonder what their most passionate supporters thought when they learned the news of their public humiliation.  Were heads shaking?  Another man down?   Were they truly distraught, feeling a deep sense of betrayal?  Maybe it’s a fad to ‘fess up’ to extramarital affairs just as “coming out of the closet” became vogue in the last few decades.  Maybe the news left us with a shrug over coffee as we next sought the sports section.  My own thought is usually: Are they truly sorry for their actions or are they just sorry they got caught?

Our culture praises men who are “successful” (read bulky bank account here), “handsome” (translation, fit, sculpted physique whether earned or surgically enhanced, it matters not) and “powerful” (able to wield position or assets to achieve their goals) to the point of brushing their “menial , everybodydoesit sins” under the rug.   It is true that as Christians we are to forgive our brother, or those who represent us as the case may be,......but what of our task to raise noble men?  Where is the training to withstand the temptations and trials that life brings?   Where are the honorable men?

Strong men have self-control and act with integrity in all facets of their lives and above all, they are not self-seeking but are humble before  All Mighty God.  These are the men who accomplish much for the Kingdom of Heaven, who earn respect from others and define leadership on earth.  I know they exist...mostly outside of our media IV.

Much like St. Paul’s epistles to the church at Corinth which encouraged men to strive for excellence and uphold the commandments of God, the code of chivalry which evolved out of the eleventh century entreats men to act honorably in all things.  In many of St. Paul’s letters, we are encouraged to prepare for battle, to stand ready for the world’s snares by girding ourselves with Truth, putting on the breastplate of righteousness, enfolding our feet with the gospel of peace and above all, he says, taking the shield of faith in order to “quench all the fiery darts of the wicked one” (from Ephesians 6:14-16)

The code of chivarly that developed out of the Middle Ages should not be left to Middle English authorities, Renaissance Faires and storybooks; our society is in dire need of their resurrection, for weak spirits are such easy prey.    Qualities such as fearing God, faith, charity, justice, sagacity, prudence, TRUTH, hope, diligence, respecting the honour of women, temperance and obedience are among those found in the code that build true resilience in men;  a strength of spirit which is the core of the man, enabling him to combat the snares found upon the journey.  Enabling him to go forward with a purposeful goal rather than an arbitrary wandering.

Christians in America very often seem to be in a perpetual defensive mode; reacting to injuries, towing the line of forgiveness for trespasses without much regard for equipping ourselves and our children to avoid these quagmires at the outset.  If we instruct our sons & daughters on what it is to be honorable, to “run with endurance the race that is set before us...” (Hebrews 12: 1-2), we teach an offensive mode that develops virtuous men and advances the Kingdom of Heaven.

Praise God for those in whom the branch of glory dwells-

Praise God for the honorable man filled with humility;

May God enable us to teach our sons & daughters

what it means to be noble.

*Image is from the official site of Lord of the Rings

Praise God for the heart of J.R.R. Tolkien who celebrated the virtuous man in his epic novels.

I can't lay any claims to nobility, but I used to be a SCAdian, believe it or not. It's been about 14 years, though.

Ah! How interesting. What kingdom did you belong to and what activities did you participate in?

I was in the Midrealm for about 1.5 years, then in Meridies for a few months. I was a herald (imagine that). The group I was in at first was new and quite fired up and authentic. When I moved, I found myself in a group which was mainly concerned with beer. Suffice it to say that I didn't stay too long.

I still have my garb around somewhere.

Actually, I guess I moved to Atlantia. (My interest was clearly waning.)

Not sure what the SCA is but the concepts of virtue and chivalry are one's I've tried to live my life by. Like Lancelot I've sometimes failed miserably but then I pick myself up and continue to try living to those ideals. I think it's a lot like being a Christian in many ways only slightly easier. Doing the right thing can be difficult at times but it's great for your self worth. Living up to Jesus' example is impossible, we're only human, but to be a Christian is to keep trying.
Are they truly sorry for their actions or are they just sorry they got caught? is definitely the dividing line. My own thought at times like this is "will they pick themselves up and try again to stay true to their ideals?"
This post is so thought provoking I've added myself to your followers. Looking forward to what's coming.

Hello, Peter and welcome. I'm honored to have you visit my space and appreciate your comments. SCA stands for the Society of Creative Anachronism -these groups celebrate and re-enact pre 17th century Europe by holding large gatherings and demonstrating craftsmanship skills, dancing, feasts, warfare, such as sword fighting/jousting, and dress.

I agree with you wholeheartedly -- to keep getting up and striving toward the goal of Christ Jesus is what keeps us going in the right direction.

it was CHRISTIANITY that formed chivary.. and nothing more..i wish more women would wear either dresses or skirts below the knee, and shows the calves...its a very pretty and feminine look..is SCA a form of freemasonry, or just a cool club; where can you find a group in northern ca bay area.. i like RENASSANCE stuff