The Memory of Eden: thoughts on pornography & sacredness of marriage 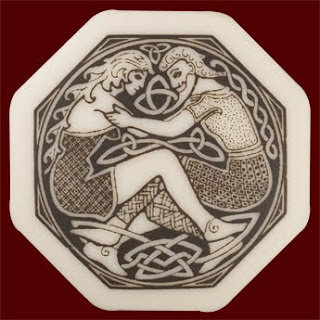 ...”we are born with a distant memory of Eden..” , this thought, from a recent book, has remained with me as it points to a reality hard to define.

What in us longs for beauty, for purity? What in us battles against defilement of sin? If we are created in the image of our Maker, does this memory provide a path toward virtue?

This was years ago and I’ve lost contact with most of the gals I used to work with..and still I wonder, does she know, does any woman know what is sacrificed when pornography enters the sacrament of marriage?

And currently, we can scarcely get through a month without reading headlines about another famous man down, fallen to the demons of lust. It isn’t just the wives who suffer under such conditions, the men suffer too, for they have freely rejected a treasure from God. 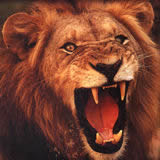 In our culture, although pornography is a multi-billion dollar business, with over 2 billion being made on the internet alone*, for the most part, it remains a taboo topic among Christians. It is truly the silent lion ...devouring millions who would show to the world a delightful face while the soul is decaying to the core. According to “Healing for the Soul” website:

Indeed, Christian believers are not immune from the destruction ...57% of pastors say that addiction to pornography is the most sexually damaging issue to their congregations.**

C.S. Lewis wrote about a fictional society where, if multitudes gathered to watch a “strip-tease” of food.. or the slow uncovering of a juicy mutton chop, what might we conclude about that society? One critic noted that he would conclude the society was starving to death. He implied that such things as the strip-tease resulted not from sexual corruption, but from sexual starvation- a complete absence of sexual purity. (Mere Christianity pp 96-97) As I read the statistics on pornography in the U.S., I cannot help but agree. We are a sexually starved people through either willful neglect, apathy or ignorance toward that beauty of Eden. For who could know of that pure memory and not cherish it, safeguard it entirely?

I’ve heard women say, [about pornography] “it’s a help...an aid to sex in my marriage” But this is a lie from satan, the great deceiver. What pornography actually does is create a gulf between husband & wife spiritually, if not physically as well. It brings to the marriage bed falseness, shame, guilt, lies and sorrow. It invites the corruption of hell and our culture opens the door willingly.

God created the sacrament of marriage to bring a man and woman together in unison, in one flesh, to draw us closer to Him. Let me say that again...the union of man & woman in holy matrimony pleases and is instituted by God (Matthew 19:6). Indeed, there is nothing sinful, vile or shameful about sex within marriage - just the opposite is true. Proverbs 5 tells us of the pitfalls of looking for intimacy outside the bonds of marriage and conversely, the joy and exhilaration - in beautiful imagery of flowing waters- to be found with your spouse.

The purity with which God has gifted us in this way is complete and in no need of adornment. Do we need to look further for proof of this than His Word, in particular, the Song of Songs? Where else in Holy Scripture do we have such richness given to us of the love and intimacy between a husband & wife?

“I am my beloved’s, and his desire is for me. Come, my beloved, let us go out into the country, let us spend the night in the villages, let us rise early and go to the vineyards;

Let us see whether the vine has budded and its blossoms have opened, and whether the pomegranates have bloomed. There I will give you my love. The mandrakes have given forth fragrance; and over our doors are all choice fruits, both new and old, which I have saved up for you, my beloved.” verses from Song of Songs ( Song of Solomon, NASB)

Such a rich gift from our Heavenly Father, to man & wife... who could know of this gift and receive it not?

Thank you, bokmalin; it's always nice to receive feedback, especially on a positive note.

I've enjoyed looking round your blog this evening! Enjoyed the quotes and music, also nice to connect with another Tolkien fan =-)

Just wanted to ask, how are things with your wee niece?

What a critical topic, and a difficult topic. Yes, women and men suffer the consequences. Unfortunately, we as Christians don’t want to look behind the obvious. There is a great emotional and spiritual craving, which the sexual lust exploits. Turning off the pornography is only part of the answer... as you mention, the images last much longer, especially for men. Even that has challenges because of the easy access to pornography.

Second, unless the underlying emotional and spiritual cracks in the foundations are not addressed, it will be a haphazard attempt. Scriptural intake, advice of Christian friends who understand that black hole of pornography addiction, and prayer are all essential.

It is a tough row to hoe. Thanks for bringing it to light.

Thank you for all the comments.

Margaret, thank you for asking. My niece is doing well, even though the chemotherapy makes her ill; at least she did not have the pain in her legs this last go round. The dr.'s say the tumor is getting softer already, a very good sign. They will add radiation to her treatment beginning Monday.

My niece is an inspiration to many, as she radiates heaven on her joyful face!

Well said! Men need to hear a woman's perspective on this topic. And yes, it needs to be talked about. Its hiddenness is one of its greatest powers. Thank you for posting this.

Thanks for your thoughts on this! I loved the CS Lewis quote. You might like these from Lewis as well:

Thank you for reading & sharing your thoughts. I appreciate the links and read both in their entirety. Are you the author?

No one quite touches the essence of my soul like C.S. Lewis and J.R.R. Tolkien.

I linked to your blog from my Russophilia.wordpress.com. Thank you so much for you comment. Not only do I consider Russian Orthodox belief to be a very beautiful one, but I have found it has so many similarities with my religion. It feels like we are fighting an uphill battle with pornography. I am so grateful that my religion clearly defines it as a sin and an addiction that can tear families apart. Thanks for your beautiful and humble thoughts.

It's so nice to hear from you and discover your other blogs, too; you bring such insight into Russian life and I greatly appreciate it.

Thank you for the kind words about my writing..

May your life be blessed in every way.

I just ran across this post. How my heart aches, aches, aches for the misery inside "Christian" marriages because of pornography! I fought that battle and lost it; he simply refused to believe it was harmful and, incredibly, declared it helpful - even though a secular counselor, setting aside the question of right and wrong, tried to point out the damage. Exegete77, you are spot on: without underlying spiritual and emotional cracks in the foundation, this could not happen.

Wow Amy, "bed falseness." So well put! Pornography is so sadly a vehicle to false intimacy. Just as Facebook is a social farce, pornography falsely satisfies and only aids in loneliness and discontent. From there, an insatiable appetite for empty calories.