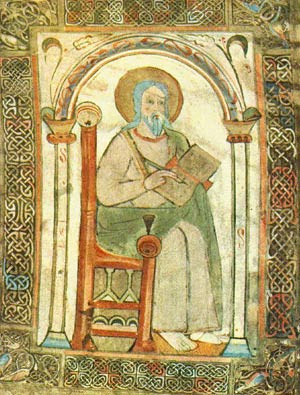 In just a few days, on August 31st, we’ll be celebrating St. Aidan’s day. He is a Celtic saint of particular interest to me, as his actions remind me of my patron, St. Brigid. Aidan was known for his generosity and the gentle way in which he shared Christ with the inhabitants at Lindisfarne during the 7th century. St. Aidan, by his example, makes me aware of and ashamed of my own faults, such as a short temper and harsh words. I look to St. Aidan as one who truly loved people and the wildness of his surroundings, as his time spent in solitude by the seashore indicates. 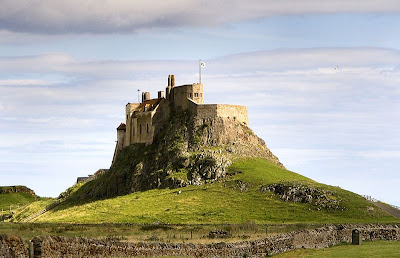 Lindisfarne, aka, Holy Island, is a tidal island off the north-east coast of England and a sacred place to celtic saints. It was the Irish monk, Aidan who built the first monastery there which later produced the stunning illuminated Lindisfarne Gospels. A much more accomplished task however, was the way in which Aidan shared Christ with the pagan people who were harshly described as stubborn and unreachable by his predecessor, Corman. Aidan's way was gentle, as nourishing babes with spiritual milk to introduce them to the glory of Jesus Christ. 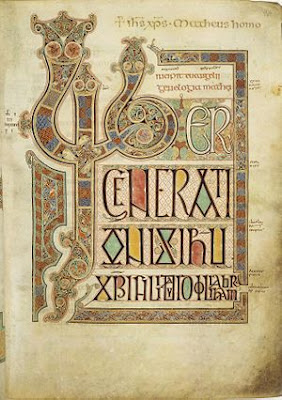 Folio from the Lindisfarne Gospels

Aidan had been invited to Lindisfarne by King Oswald, a christian convert, who sought to bring the true Light to a darkened land. The relationship shared between the two men is one worthy of our attention, as they worked hand in hand, earnestly serving the people they ruled. The King frequently served as an interpreter on their christian missions and it was Aidan’s generosity that inspired the King to do likewise.

In one famous tale, during the Feast at Easter, there was a large crowd of beggars gathered outside the King’s quarters at Bamburgh. Before the King and Bishop Aidan even began to feast, news of the crowd reached their ears. Without hesitating, the King gave to the beggars not only the food from his table, but the silver dishes as well. Bishop Aidan was so touched by this unselfish act, that he prayed the King’s arm, which had distributed such gifts, would never decay. This proved true. Although King Oswald was killed on the battlefield, his arm was saved and remained incorrupt for 9 centuries.

The Venerable Bede, who did not always agree with Aidan, nevertheless, had this to say of his character:

“He neither sought nor loved anything of this world, but delighted in distributing immediately to the poor whatever was given him by kings or rich men. He traversed both town and country on foot, never on horseback, unless compelled by some urgent necessity. Wherever on his way he saw any, either rich or poor, he invited them, if pagans, to embrace the mystery of the faith; or if they were believers, he sought to strengthen them in their faith and stir them up by words and actions to alms and good works."

Bishop Aidan remained on the Holy Island for 16 years and in the Year of our Lord 651, took ill in Bamburgh and died on the last day of August. At the moment of his death, it is said that Cuthbert, who was later to become another saint of the church, was tending his flock of sheep on the Lammermuir Hills. Cuthbert claims he saw a vision of angels escorting Aidan's soul heavenward.

Holy St. Aidan, intercede to Christ our God, that I may emulate your gentleness and care for others!

I am finding it very interesting reading about the saints in your recent posts. Informative as well.

What a beautiful Saint and story! Thank you for sharing it. I will be especially mindful of August 31st this year.