Disclaimer: I am not a medical professional. I am not attempting to give medical advice. I am only sharing my experience and some things I’ve learned about my own health with hope it may benefit another.

If you struggle with PMS or are a PMS (poor man suffering) and especially if it’s been a chronic problem, please read on as I may be able to share something helpful with you. If not, you may want to skip this entry.

This series of posts has been a long time in the making, twenty-seven months to be exact. In October 2008 my hormonal issues became such a problem that I began to journal about it along with the remedies I tried to alleviate the symptoms. I’m in my 4th decade and have always had trouble in this regard, but it’s been worse in the last 5 years and after several discussions with my OB/GYN, I knew I had to do something or I was going to lose my mind. I know that sounds exaggerated, but living with regular bouts of depression, anger and brain fog, to the degree of being nonfunctional periodically, well, it pretty much seems like losing one’s mind. 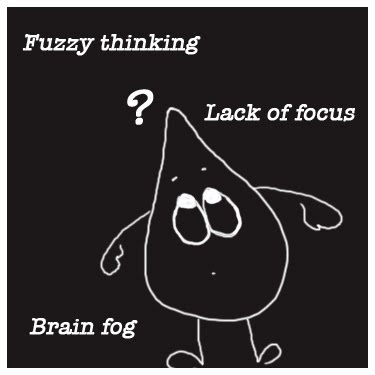 The most troubling symptoms for me are fatigue, depression/feeling hopeless or overwhelmed (by trivial things), feeling edgy/angry/irritable, fuzzy thinking/brain fog, and wild mood swings. Something had to change; I realized I was becoming unreasonable with my loved ones, being snappy and angry over the most insignificant things. I didn’t even like my own company and often felt like finding a lonely cabin in the woods to wait out the storm. Wild, fluctuating hormones ruled me. 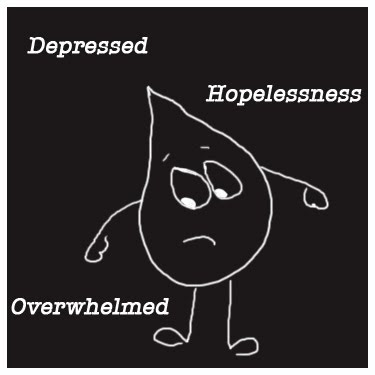 If this is new territory and you’ve yet to make a connection between how you feel and the role hormones play, the following is a general, non-exhaustive list of symptoms associated with hormonal imbalance:

cravings for sweets or carbohydrates

I’m not one to take medication unless it’s the occasional ibuprofen for minor pains. So when my doctor recommended Zoloft in 2008 to relieve my PMS issues, I bulked. She told me how it worked and what I could expect it to do, but when I researched it further at home, decided this wasn’t for me. The risks appeared greater than the benefit. That’s when I began looking for a natural remedy to try as I believe God has provided a natural cure for all our ills on earth.

I researched St. Johns’ Wort, an OTC herbal supplement widely used for mild depression. I learned it has a good reputation in Europe and is the #1 remedy prescribed in Germany for mild depression; it’s use for treating PMS was sketchy at best, but I decided it was worth a try. St. John’s Wort is readily available in the US, I found my supply at Wal-Mart: Spring Valley Standardized Extract St. John’s Wort (300 mg per serving / 900 mg daily value) with .9mg of the active ingredient, hypericin, standardized to contain .3%

I did experience some success with St. John’s Wort. It eliminated the issue of brain fog and significantly reduced the episodes of depression/hopelessness - no small thing. It only had a minimal effect on mood swings, and anger/ irritability however. Since I wasn’t accustomed to taking supplements or even vitamins, it was a challenge to take them each day on time. I took St. John’s Wort for 10 months, eventually stopping when I developed headaches, a very specific type, on a regular basis. As soon as I discontinued the supplement, no more headaches. Back to square one.

I went for several months doing nothing except cutting back on caffeine, eating good foods (along with my chocolate chip cookies) and hoping my body would get better on its own. It didn’t. All my usual issues resumed, intensely. 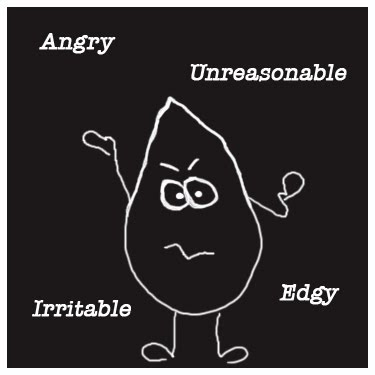 At my OB/GYN exam in 2009, again my doctor recommended Zoloft and this time I took a script with me but later threw it away. There’s got to be something better than taking an anti-depressant I thought. During the summer of 2010, I found a good liquid multi-vitamin to take since this was something else my doctor recommended. And by late fall 2010, I resumed my old habit of cardio exercise (which cannot be underestimated for how it helps physically, emotionally and spiritually) which is all good, but I still felt a slave to my hormones emotionally.

I tried Zoloft, followed by Paxil (or maybe it was the other way around) for a couple of months when I was going through a particularly low spell and they didn't help at all. In fact, it seemed that I became so apathetic that in order to have the energy to get anything at all done I'd first have to work up some level of anger.

I know I should be keeping a journal of what I've tried. I'm finally starting to feel like maybe I won't always feel crazy, but it's been a long slow road. I'm looking forward to your series.

I am so glad you're sharing on this topic. I'm looking forward to the next installment.

I'm glad you both welcome the topic. Your feedback is encouraging to me, since it's a personal subject. Thanks for the comments -

Kelly, I'm sorry to know you've had such an experience..I hope it gets better and that I can share something here that lends a positive perspective. I, too, tried Zoloft -- that's my next post.

I do not consider myself a PMS (poor man suffering) like you've said, ever since I understood what women are going through. I am proud of women like you who are willing to share this sensitive topic based on your experiences. It's only natural to undergo PMS, and women should support each other by educating others how to cope up with it.

I was just diagnosed with Premenstral Dysphoric Disorder. This ENTIRE POST describes my battle. I think I've been battling for at least 1.5 years at least! I finally decided that it was not a post-partum imbalance and was not fixing itself so I went to my midwife. We are trying a Nuvaring which worked dreamily for the first week (and now in my PMS period it has taken the edge off but not made me feel normal). I HATE the helpless feeling. I HATE how I spend all day merely battling myself so that my actions and words are civil. It is paralyzing and horrible.

A friend recommended this series to me because I have been approached recently by a yoga-teacher friend and have been debating if I should go there (you know when I have the strength and energy to get up.... ie:1.5 weeks from now).

Anyway, THANK YOU FOR TYPING ALL OF THIS OUT. I CAN'T WAIT TO READ THE OTHER ENTRIES. This kind of information is not easily found ... THANK YOU SO MUCH for being vulnerable and typing this all out for us. :)

Thank you for reading. And, Kristi, I'm sorry to know you're suffering with this. It's awful... but there is hope. Please do stay in touch and let me know if you try the yoga and if it helps.

To date, my own issues have become better. Exercise and drinking LOTS of water truly help. Be kind to yourself and on bad days, pray and know that it will pass.

As for me, weight gain is the most harmful...

Cosmetic Acupuncture is an effective non surgical treatment to reduce the signs of aging. Acupuncture is performed on the face and body to increase local circulation, stimulate collagen and elastin, which helps to fill out lines and give firmness to the skin for a healthy glowing complexion. Cosmetic Acupuncture is an all natural procedure without danger of side effects such as swelling, scarring, or a lengthy recovery time.
meditation cd's
Dr R Brand
Viraxl
Longevity Pure Medicine
Immune Sweet
Visit the site for more information- www.brainbodybliss.com

Cosmetic Acupuncture is an effective non surgical treatment to reduce the signs of aging. Acupuncture is performed on the face and body to increase local circulation, stimulate collagen and elastin, which helps to fill out lines and give firmness to the skin for a healthy glowing complexion. Cosmetic Acupuncture is an all natural procedure without danger of side effects such as swelling, scarring, or a lengthy recovery time.
meditation cd's
Dr R Brand
Viraxl
Longevity Pure Medicine
Immune Sweet
Visit the site for more information- www.brainbodybliss.com

A 1996 report in the International Journal of Clinical Acupuncture reported that among 300 cases treated with Cosmetic Acupuncture 90% had marked effects with one course of treatment. The effects include more delicate skin, improved elasticity of the skin, improvement in skin tone and overall rejuvenation.
meditation cd's
Dr R Brand
Viraxl
Longevity Pure Medicine
Immune Sweet
Visit the site for more information- www.brainbodybliss.com