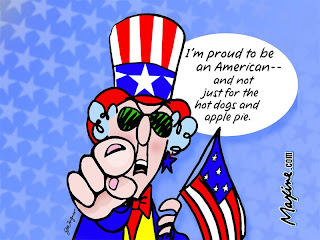 To the men and women in uniform who have served and currently serve to protect and defend this nation.

To the moms and dads, sisters and brothers who have watched their loved ones leave comfort to serve our country in hostile places.

For preserving freedom, for allowing me to worship anywhere I choose without fear of the government.

For establishing and preserving the freedom that allows my voice to counter the liberal media.

For preserving a Great Republic, which keeps our nation free of tyranny.

For protecting a nation where one may be born into poverty yet die wealthy.

For defending a nation whose people may protect themselves by the use of arms.

For building the infrastructure in war torn countries.

For starting schools, caring for orphans and the elderly in Afghanistan and Iraq.

For selfless sacrifice on the battlefield.

For your care of the animals, the often forgotten victims in war torn countries.

Thank You for defending America, whose people are among the most generous on the earth, giving billions annually in charitable donations around the globe.