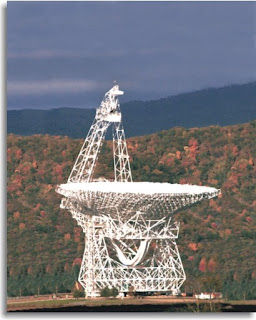 A Tribute to an Incredible Boy
Last Tuesday, on St. Patrick’s Day, I spent a beautiful day with our son.  He had advanced to the Regional Math Field Day, held at NRAO in Green Bank, WV this year and what a privilege it was for me to be part of this special event!
We began our day around 5:00 am, in order to have breakfast and make the 3 hr. drive north.  The sights were spectacular on Route 92, with dense fog lifting slowly to allow brilliant shafts of morning light to accentuate the tidy farmhouses along the highway.  The air was crisp and while Ben snoozed in the seat beside me, I savored my coffee and the rolling landscape that offered a new discovery around every bend.
Ben is such a neat kid, often quiet, but thoughtful and usually trying to figure out how things work.  He has been this way since he was a toddler and one of our favorite stories is of him at Colonial Williamsburg in Virginia.  We were on a tour of the historic sights and while my husband & I were listening to the guide in the courtyard of the Governor’s Palace, Ben was apart from our group a little bit, standing over a grated drain inlet  with his hands resting on bent knees.  As he peered  intently down that dark shaft, we walked over and said, “What are you doing?”    Without looking up, he continued to study and then our almost 3 yr. old said, “Water down there..”  “Where does it go?”
I love his inquisitiveness and his ability to understand systems and mechanics.  Math and science seem to come easy to him and I am thankful for his gifts.  When he was selected for the County Math Field Day, he barely said a word about it.   And when he placed 3rd at that level, he didn’t want me talking about it.  He considers praise annoying ...and embarrassing if it’s done in front of others.  I admire this quality in him, although it’s been a learning curve for me, as I like to give praise and pats on the back. In talking with other moms, I’m finding this trait common in boys.
At the Observatory, the students tested from 10:15 am to about 3:15 pm with 5 parts to the field day:  Quantity Estimation, Group Activity, Written Test, Mental Estimations and Relays.  The folks at the NRAO were wonderful hosts; providing breakfast items and beverages and also a full lunch for everyone.  The day went smoothly and while Ben was testing, I enjoyed a tour of the Observatory and then sitting in my van, soaking up the sunshine and reading some favorite hymns and prayers of St. Patrick.
All in all, it was a great first experience for the both of us.  And, even though he didn’t earn an award at the end of the day, he said he enjoyed the challenges and would try to go again next year.
Among Ben’s hobbies, he enjoys making paper airplanes.  He has a book that shows how to make a variety of plane types and more recently, he discovered a website that includes video on how to make even more styles.  When he told us at dinner one night that he could make a rocket out of paper, my husband smiled at him and said, “If you can make a rocket out of paper, you’ll probably work for NASA”.  “I’ll show you” was Ben’s only reply.
And so, after dinner, we watched him take a spherical object he had fashioned out of paper, which included many tucks and folds, outside to the patio.  With a lighter in hand, he placed the small flame near a hole in the paper and WHHHOOOOSHH, it took off across a distance of about 4 feet and did not consume the paper.  We all applauded and asked if he could do it again!  He beamed as he demonstrated his craft a second time.
Ben is also knowledgeable about the fish in his care.  I have finally learned to stop fussing and asking if he remembered to feed them because he has shown me time and again that he is on top of it.  As he was cleaning the tanks one day, I observed from a distance that he was measuring and calculating something, as the bathroom counter looked more like a science lab rather than a place to brush your teeth and comb your hair.   Peering over his shoulder, I saw that he had made his own paper strips to test the pH of the water in his tanks.  “Oh, Ben, ...wow...you made your own pH paper?!”  I asked in wonder.
“It’s called litmus paper, mom” was his matter of fact reply.  It was no big deal to him; he needed to know the pH of the water and so, found a solution.  Simple.
What is nonchalant to him is incredible to me.  I admire this child and am thankful to be him mom.
"May God grant Ben many, many years, enable him to use his gifts to glorify God's name and grow him in Truth and obedience always."
*Photograph is from the NRAO website.
Posted by amy at Tuesday, March 24, 2009

Thanks, Amy. And congrats to Ben for such a great experience. What a blessing he is to you and your family.

congratulations to Ben! He sounds similar to my son: quiet, thoughtful and brainy with a science/math bent.