With Veterans Day fast approaching my thoughts are on our Greatest Generation, those amazing men & women of the ‘30s & 40s and the lessons they have for us today.

They are a strong-willed people, not giving up when the stock market crashed, thus leaving a quarter of our nation unemployed. Those who could, found menial jobs that required a tenth of the skills they possessed, but took them without complaint. It meant bread on the table. And they were thankful for it. They persevered, often at great cost to those held most dear. Families were separated in order to search for work and boys swiftly became men, working wherever they could to feed young brothers & sisters. Theirs is the motto, "Waste not, want not." 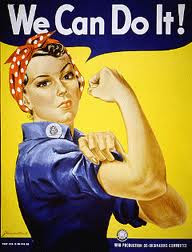 They are a resilient people, those who survived the Great Depression and went on to fight in World War II. 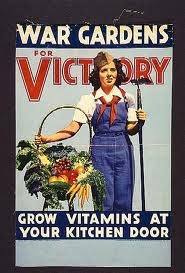 They are a conservative and innovative generation...they knew how to grow their own food, lend a hand, work hard and still find time to visit with neighbors over the fence. Victory Gardens were planted all around, not just at private residences but in public squares as well to reduce the demand on public food supplies; imagine that, self-reliance rather than looking to government to meet a need.

The women enjoyed raising their families, finding great satisfaction in making a house a home, cooking - the kind of meals that took most of the day - and making due while the men were at war. And not just getting by, that is, keeping the children clothed and fed, but helping in the war effort by working long hours in factories to maintain a supply of heavy equipment and ammunition. And yes, they were most likely underpaid compared with their male counterparts, but this didn’t deter them from a role they felt necessary to help America win the war. 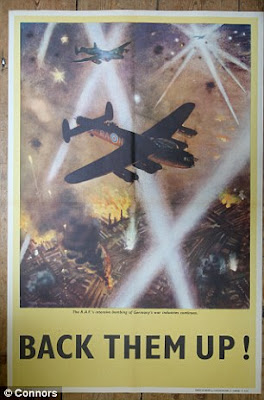 They are a patriotic people, possibly the most American loving generation we’ve seen since the mid 18th century. They know the value of a dollar, good tilled earth and honest work. And they love America because they have ingrained on their hearts the blood sacrificed for it in the World Wars, never losing the vision of this great nation given to us by our forefathers. This is the generation that knows what the US Constitution actually says, flies the US flag proudly and cries when the National Anthem is played. This generation gave us boys who would lie about their age in order to enlist, their desire so great to see the world and have a chance to defend the country they loved. These men & women understand what love and sacrifice is because they lived it. They didn’t have the comforts and distractions we have today, they are a people of mettle. 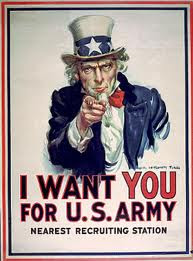 They are a generation that champions life. If you’ve never watched a documentary interviewing servicemen who were there when Dachau was liberated and learned of the Auschwitz liberation by the Red Army...do so. It is worth your time to contrast the views of Americans when they became a witness to the Holocaust, verses those of Stalin, who also helped to overthrow the Third Reich. This generation promotes, preserves and values innocent life. 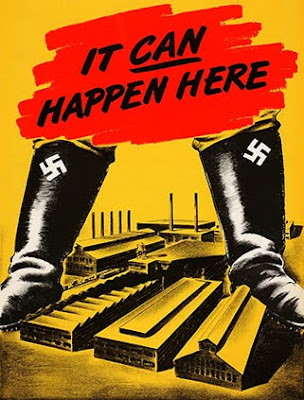 My hat is off to you, men and women of the Greatest Generation. I am thankful that some of you are with us still. May we of younger generations learn from your lives and honor the sacrifices you made by upholding your greatest virtues: strength, resilience, perseverance, courage and love for the United States of America.

If you ever have a chance, get Paul Skaff to tell you his mother's story. And his and Maxine's too. I recorded it once, but couldn't find it after we moved. It's a GREAT tale.

Thanks for the tip; I will!

It is sad how fast we are losing that generation. When I was a little girl there were still many old men who had fought in WWI and the WWII generation were commonplace; for many of us they were our fathers and uncles. Now I realise my father who, if he had not been in the shipyards, would have been called up towards the end of the War, would have just had his 83rd birthday. How many of them are left? I look at the world and it scares me that the values of the Greatest Generation don't seem to have been inherited.