It took liberals only hours after the tragedy in Connecticut for their pens to start dancing across the page, filling cyberspace with article after article on the evil nature of guns.  This is America, after all, and we must blame something - anything - when inexplicable events occur.  Our fury is so great over the innocent loss of life, yet our reason so inept, so baseless when pointing to an inanimate object as culprit.  But this is the American Liberal Way, to extract any personal responsibility, whether the subject is abortion or crime or education, liberals must remove responsibility in order to churn out those Band-Aids®  covering vile symptoms.
Adam Gopnik, of the New Yorker, in his utter exasperation over the event, fumes in his article, Newtown and the Madness of Guns.  His anger so great, one can barely comprehend the unreasoned argument.  More than once he points out, “the people who fight and lobby and legislate to make guns regularly available are complicit in the murder of those children.”   The same article is full of unchecked, undocumented “facts” about crimes with guns.  Is a crime with a knife any less significant?  Did you know twenty-two children were stabbed to death* in China yesterday?
Little does it matter than millions of children die of hunger round the world because of tyrants and ethnic cleansing, or the babes who are victims of sex and tribal power in Rajasthan, or the young christian girls being killed by their own families, the “honor” killings of Muslims whose children convert to Christ...in the Middle East and in America.  I daresay, Mr. Gopnik and the New Yorker have nothing to say about Atlanta, Georgia being the human sex trafficking capital of America, where children are daily exploited and die of drug overdose, violence and despair.
Nay... the animosity must be thrown toward the law-abiding citizens of this land who uphold the right to own and bear arms.   Is one of the heros in these events not the one who takes down the killer? Thank God for the good guys with weapons, eh?  It’s why you feel secure, Mr. Gopnik, when going to a major event in NYC, to be walking down the sidewalk near an armed officer.   It is what you, and many other liberal “thinkers” in this country fail to address:  personal responsibility and state of the heart.
In the history (that’s what some of us study so as to be educated & prevent cyclical events) of mankind children as well as adults have been targets of violence.  Do you think the nature of this violence has changed with the advent of guns?
Do you even fathom the recesses of the human heart...  where all  hate and violence... and love and forgiveness are born?
Who can account for the reckless hate that caused Herod to slay all babes (with a sword, but does it really matter the weapon?!) under two years, prompting our Saviour Jesus Christ and his family to flee into Egypt? 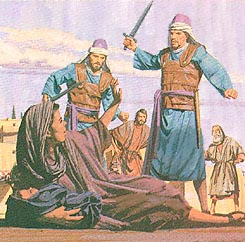 Or the gas chambers of Nazi Germany that annihilated millions of children?   Liberals, is hydrogen cyanide on your target list?  It should be.  It’s such a convenient way to skirt around the truth, the truth of hate and wickedness found within the heart of man. 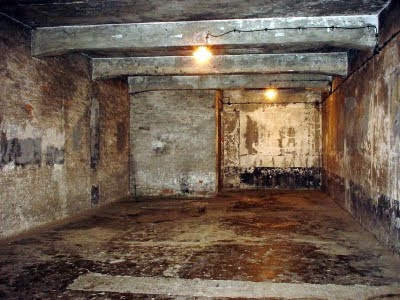 And what about these tools of mass destruction?  Do these implements even register on your radar of shallow argument?

Do you also weep for the babies left on hospital shelves, being victims of botched abortions?
Adam Gopnik said in the above mentioned article, “guns don’t kill people, people do; and all the other perverted lies that people who can only be called knowing accessories to murder continue to repeat, people who are in their own way every bit as twisted and crazy as the killers whom they defend. (That they are often the same people who pretend outrage at the loss of a single embryo only makes the craziness still crazier.) ”

A pretended outrage?  Twisted and crazy for striving to protect life?  The same life that you are now weeping over?  Would it bother you more if abortion clinics used guns?  You and your ilk have sanitized murder and have the audacity to call people like me, crazy.  I can make some sense of your unrest because you haven’t a base, a moral compass for life.  You obviously have no idea that man was created in the image of God, nor do you weep with hope.  You can easily call life “a single embryo”, yet 12 months later, weep over the loss of that child.  You were once that small life in your mother’s womb. 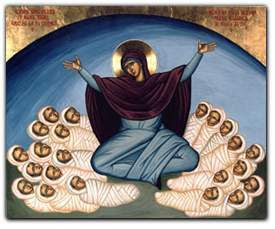 Can we weep with Rachel? (Matthew 2:18)  Can we weep over the condition of the human heart rather than being derailed by the smokescreen of gun control?  Do you really believe that you can change the heart of man by removing objects? If Cain had not a staff or stone, don’t you think he would’ve killed Abel with his bare hands?  Perhaps he did;  we really don’t know from God’s Word. 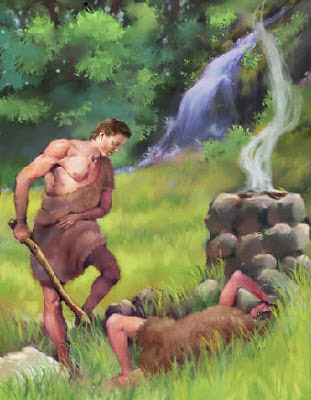 But keep hacking away, American Liberals.  Keep chopping and doctoring  those ugly branches, being blinded by a smoke-screen.  There will always be those of us who continually strike the root.  Those of us who know, beyond shadow of doubt, that Christ Jesus is the only Healer of hearts, the place where all violence is conceived.  All else is smoke.

"There are a thousand hacking at the branches of evil to one who is striking at the root."
Henry David Thoreau


* Edit: 12.5.2012..thanks to a reader correction, these children did not die, but were wounded in varying degrees.  According to the Mail Online (a UK publication of Daily Mail) this has been a series of events in China: "There were six similar attacks in just seven months in 2010 that killed nearly 20 people and wounded more than 50.

The children in China were injured, not "stabbed to death."

Thank you for the correction. Here is a link to more details: http://www.dailymail.co.uk/news/article-2248054/China-stabbing-22-children-elderly-woman-stabbed-outside-primary-school-Chinese-knifeman.html

Although, does this change the nature of violence of the heart?

Good and important thoughts, Amy. But I have to call you on one thing - your separating of "American Liberals" and Christians into two distinct groups. It's not so, and it's divisive when we need more getting together more than ever...
http://www.thechristianleft.org/

Gee, so now that you've "enlightened" the worldwide web on what "liberals" do, I suppose you'd like to tell us how "christian" "conservatives" are and how they're the answer to the "liberal" boogy man. But of course, blaming "liberals" (aka "socialists, aka "communists") is not the moral equivalent of blaming guns, now is it?

Anonymous,
I regret that my hostility got in the way of my point; chiefly, that wickedness reigns in the human heart, not inanimate objects or labels. Ideologies may spar on their own plane, void of injury. Please forgive me if I've offended you personally.