A Thought on Dzhokhar Tsarnaev

With all the headlines and discussions on the Boston Marathon bombings, the joy in capturing someone dangerous to humanity, the speculation about the legal battle to follow... all the many questions we Americans have, I'm finding myself contemplating one thing:

Does the saving of a soul save multitudes?

I'm finding myself praying for the salvation of this young man, believed to have wrought such wickedness, alongside my prayers for the victims of devastation.    Now, lest you think I'm showing softness and mercy where none is due, consider this:

If it's true that this wicked event was played out because of radical Islamic belief, what can we do to dismantle that power?   If Dzhokhar Tsarnaev faces the death penalty, do we give radical Islam another martyr to fuel their fire?    What happens to people at large when the heart of a militant Muslim converts to Christ?

By the power of Christ, hearts can be remade... we see evidence of that in the former murderer, St. Paul.  We see it in the conversion of Roman soldiers who witnessed the miracles of Christ, people who were formerly wicked and without concern for life.

What happens in the militant Islamic world when one of their own converts to Christ and follows his commandments?  What would happen if nurses and doctors at Beth Israel Deaconess Medical Center show an uncommon love of Christ in their care of this man?  How interesting to note that Dzhokhar Tsarnaev's life is in the hands of an institution founded by Christian and Jewish brothers & sisters...

My prayers are for the mercy of God to grant healing to the mind, body and soul of all those who are injured in Boston, for comfort & peace for the families who lost a loved one that day...

and for the salvation of Dzhokhar Tsamaev, believing always that
the power of God is greater than the power of wickedness. 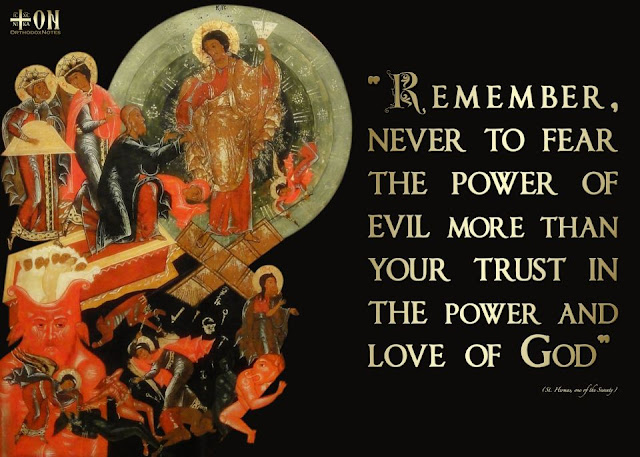 Email ThisBlogThis!Share to TwitterShare to FacebookShare to Pinterest
Labels: Boston bombing, Dzhokhar Tsarnaev, salvation, the power of God greater than the power of wickedness

You're probably right, but should the right action/attitude depend on a calculation like "which way more (souls) will be saved?" I feel it's a lot simpler. This poor young man is in the evil nets just as we are (more? less? we don't know, God knows), and he's worthy our pity, concert, love and prayer, just like everyone else around us. After (or before?) all, Christ loves him as much as He loves you and me, and He died for him too.

Amen, to what you said and what Sasha said, which I believe are meant to be th same thing, probably.

Amen! I could not have said it any better. While the world HATES , because it IS the world, TRUE Christians realize that Zhokhar Tsarnaev is a carbon copy of St. Paul, who, as The Jewish leader Saul , murdered hundreds , if not thousands of innocent Christians, including CHILDREN, in the name of religion. But God forgave and SAVED him.
Why, after all of his injuries, is this young man still alive? Because God desireth that NO MAN should perish, but that ALL should find eternal life. Not to say that
He should not pay for his crimes, but salvation is for ALL who call upon the name of The Lord . So does Dzhokhar deserve he'll? Yes! Do you and I? YES! We have ALL sinned and fallen short of the glory of God! But thanks be to God through our Lord and Savior Jesus Christ!

Sasha, yes... it is a concern for his soul and being bound to darkness... I think I was just writing more from a perspective of how the world tends to see things. For example, many (including myself sometimes) say the death penalty actually saves others because our system does not always prevent repeat offenses when "life" sentences end with an early parole. At any rate... I pray for this young man and all other muslims who are bound in such hate and darkness. I'd love to know more about the muslims in the middle east who are converting to Christ. I read some of their stories on the Voice of the Martyrs website...so inspiring!