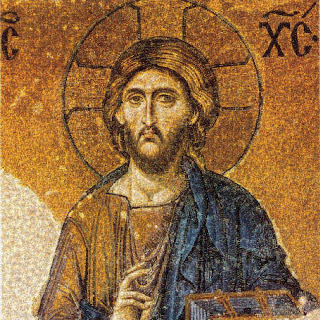 Yesterday at church we had an unusual guest.  He appeared scruffy and tired, wearing dark, worn, ill-fitting clothes.  His hair was disheveled, refusing to stay put even after his repeated attempts to pat it down.  His face was creased with lines of care, the brown eyes tucked under a heavy brow.   I believe everyone noticed him, not necessarily because of his appearance, but because he brought so much baggage with him.
He carried a large black backpack slung over his shoulders and another duffle bag in tow - the kind that maybe you’d pack to spend a summer away.   It took him a while, but he made his way down the long aisle in order to sit in the front pew before the altar. Another man from our congregation came to his aid after a few moments,  helping to seat him and find space for his gear.
I have to admit, there was a bit of quiet buzz before worship, with several of us wondering about the unusual man.  He seemed a little disoriented; maybe he was drunk?  Maybe he is ill?  I started to silently pray for the man in the front row pew.  And I’ll admit something else... something shameful.  Fear crept into my thoughts as I began to wonder, what exactly does he have in those bags?
Images came to mind of our persecuted brothers and sisters in Christ in the middle east...of terrorists and Boston and innocent people being killed.  Lord help me with my fears in this world.  I glanced over at our guest.   He was kneeling in prayer with his arms extended over the pew railing, his hands clasped.  I felt ashamed to be doubting this man and asked God to take captive my thoughts... to purify my heart.  And very soon my thoughts did a 180º, stirred by the remembrance of St. Matthew 25.  Jesus Christ has told us to love others, to feed the hungry, to clothe the naked... to show hospitality to strangers.  Lord have mercy on me, a sinner.  Have mercy on our church and allow us to respond to this man in a Christ-like way.
God blessed Khouria Eva to sit beside our guest yesterday.  She is always hospitable to our visitors and this man was no exception.  I noticed as she moved closer to quietly welcome the man, to guide him through our service book.  His face seemed to soften in gratitude as he looked at her.
Our guest seemed very pious..humble and prayerful.  He was thoughtful and giving, too.  I saw him actually wave down the tray collector, who had passed by, in order to give his coins.  Only God truly knows what led him to worship with us yesterday.  Some said he mentioned being in the military, in the gulf war...something about friendly fire and seeking forgiveness.  I wish our guest had stayed to fellowship with us afterwards at our coffee hour.  But he left after communion... he left before we could ask about his needs.
As they were so near to us, I watched the gentleman from our church help our guest again with his large bags.  I don’t know what was said, but just from observing their body language it seemed to me that our church member was asking our guest if he couldn’t stay... if he really wanted to go.  Our guest smiled and patted his heart, as if in assurance, and then he departed.
Maybe he had received exactly what he came for.  The Church is a hospital for our souls... the wounded, the weary, the self-righteous, the judgmental, the broken... all of us sinners.  Maybe he wasn't there to receive anything at all...

...perhaps he was a gift to us to remind us what it is to love our neighbor.  †
Only God knows.