Public Education in the USA: A Call to Dunkirk

Public education is frequently discussed in our family and especially so over the past month as our county faced another bond vote in order to consolidate 4 of our county’s 6 public high schools. We’ve faced these issues time and again in Fayette County and it’s always a topic of heated debate at the Board of Education public meetings. As it turned out, the $49 million bond failed by a margin of more than 3 to 1. To me, passing the bond would have meant placing a golden window in a dilapidated building. 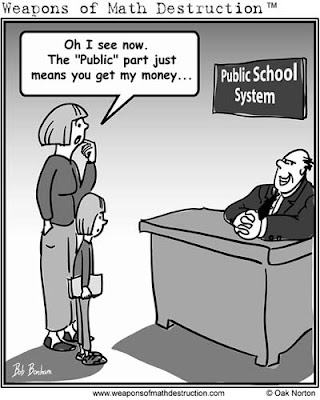 We have friends who either teach, work in administration or attend public schools and after listening to them and gaining a deeper understanding of the inner workings of our government-run system, I have come to the conclusion that our public schools are beyond being reformed. My hat is off to the dedicated teachers and principals who strive against a system that increasingly engulfs them in a sea of red tape, taking away their instructional hours in the classroom as well as limiting their disciplinary actions and harnessing them with responsibilities that belong to the parents.

With curriculum that cannot compete globally *, increasing “political correctness”, the indoctrination of secular humanism and more students who know all about sex and nothing about the US Constitution - or much history in general - it’s no wonder we now have over 1 million students in the USA being homeschooled * and roughly 4 million attending private christian schools. What else is a christian family to do amidst the destruction of our moral and academic fabric in America?

As I was reading some articles on homeschooling, I came across Exodus Mandate, and their bold proclamation for christian families to remove their children from government schools immediately:
“The philosophy of the classroom in one generation will be the philosophy of the government in the next.” ~ Abraham Lincoln