Jesus and the Shroud of Turin: A Review and Personal Thoughts 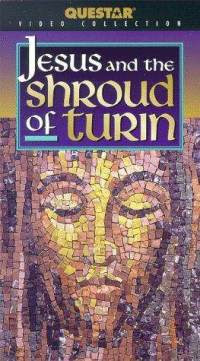 This short 52 minute documentary was part of my homeschooling lesson last week for our teenage son.  I was captivated within the first five minutes.  In fact, I enjoyed this documentary so much, I watched it again the following evening.
Admittedly, I knew very little about the shroud, which is believed to be the burial linen of Jesus Christ, until viewing this film.  I knew it was controversial, knew that it held a place of high esteem among christians around the world and that’s about it.  I didn’t realize it was the most studied artifact in human history.

What I like most about this documentary is the fact that the viewer is given historical background about the Shroud of Turin as well as providing arguments for and against its authenticity.  For the faithful, it may well advance a faith affirming miracle and for the skeptics, it may provide food for thought and fascinating scientific analysis.
For example, who knew pollen remains intact for thousands of years?  Or that centuries-old blood stains could provide modern scientists an exact type?  Who would have guessed that the invention of the camera would forever change the way pilgrims and doubters viewed the shroud?
Jesus and the Shroud of Turin presents a well documented view into the shroud's ancient and modern history, both religious and scientific.  It also addresses the more recent find (1988) of carbon dating which stated that the shroud originates in the Middle Ages.   I think viewers of  various beliefs will come away from this program moved and inspired in some way.
Personally, I believe the Shroud of Turin to be a remarkable artifact and probably the authentic burial linen of our Lord Jesus Christ.  Although I don’t necessarily view science in opposition to faith, its somewhat disconcerting to me the way in which western culture seeks knowledge.  Generally speaking of course, western man must dissect a thing in order to understand it;  understanding is achieved through reason and science, a systematic approach.   This, contrasted against an older Eastern philosophy, interlaced with history (including oral) and the experience of the item in question.  It’s the difference in comprehending a tree by the shade or protection it provides vs. cutting it down to examine the rings within.
After watching this film, for example, my initial thoughts were captivated by the idea of the pollen study and the intricate image of the man on the cloth which allows even a casual viewer to identify teeth and the bones of the hand and wrist.  But the more lingering thoughts went to the history of the cloth(s), the verses that spoke about them in St. John (chapter 20) and the faithful who risked their lives to keep these articles of faith safe during the Crusades, Moorish invasions and natural disasters.  To the people who claimed to have been healed by touching the cloth and its place in Constantinople in the 12th century.
Cloths.  Yes there were two articles of linen found in the Tomb of Christ, as written about in St. John.  The smaller cloth came to be known as the Sudarium and is housed at a cathedral in Spain.  The relationship between the Sudarium and the Shroud of Turin is discussed in this film as it, too, has been subjected to scientific examination and has a well documented history.
It is a blessing to know these articles of faith have been preserved for centuries and are presently being cared for by the faithful, who have graciously allowed pilgrims to venerate them as well as skeptics, the study of them.

Email ThisBlogThis!Share to TwitterShare to FacebookShare to Pinterest
Labels: burial cloth of Christ, documentary, Jesus and the Shroud of Turin, Sudarium

Very interesting - I just added the documentary it to my Netflix queue.