Women Who Want to be Devoured 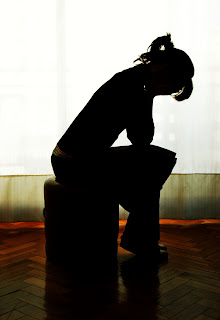 All news of Miley Cyrus aside, I’ve devoted a lot of hours reading about women who have been saved from the porn industry and prostitution.  Their stories fascinate me on a psychological level, wondering how it is that they could ever rationalize selling their bodies -  over and over and over -  and the toll that must take on them emotionally and spiritually.  What happens exactly when a person’s spirit is broken?  And how can they be healed?  How do you help a person whose sense of “normal” includes abuse and drugs?  and how can you let them know they are valuable beyond the scope of this fallen world?  I plan to devote future posts exploring these questions.

So one may ask, what woman would ever do this to herself willingly?

I believe there’s a percentage of women who go into the industry with eyes open, thinking themselves on the road to fame and fortune, only to encounter a prison a short time later.  I can’t help but think of the words of George MacDonald describing the nature of immorality:  “All wickedness tends to destroy individuality and declining natures assimilate as they sink.”

There’s an even larger percentage of women & children who are coerced into this dark underbelly of American culture.. but that’s a whole other post I plan to write soon.

“I never found love in my life and was looking for it in all the wrong places … I have finally encountered the unconditional love of God, and I will never go back.”

I have a compassion for these women... I wish they all could encounter Jesus Christ and feel loved and whole.  I hope they can someday know the beauty and worth of their soul.  For all of them desire love - genuine love - and acceptance above all else.  Isn’t that the fiction of fame?  Isn’t a promise of lights and cameras and adoring fans, photo opts and cash that sell these young girls?  They are convinced that their only worth is the dollar their flesh can be traded for.  It’s not too hard to convince young girls of this; the media beast delivers a constant barrage of these messages every second of every hour...on television shows, films, advertising, social media, make-up, fashion/design.. the list goes on ad nauseam.

Isn’t it truly a yearning for love that makes women want to be devoured by the world?  to give over their body and every intimacy gifted to them by God?

What a grand deception of our enemy!  Isn’t it time for the Church -across the board - to speak up on these issues?  to educate our young generation about love, sex and purity of heart according to Christ, our Saviour?

Exposure to pornography and the "adult entertainment industry" doesn't just happen "over there" in another location of the village...in a strip club in the red light district.  It's here.  It's IN the church, it's a click away on your child's iphone.

God have mercy on Christians everywhere who stand against this destruction of humanity and minister to those ensnared by it.

I don't know if you read this back then, but I remember writing it:

Reminds me that I need to start writing again. This is just one of those heartbreaking things for which I can find no advice.

I just hope my daughter (4) can stay clear of it long enough to not be tempted.

Another great post, Amy. I always look forward to your thoughts and insights on things, based in faith. Thank you!
Kelli Harvey

thanks for reading and sharing your thoughts! I appreciate that very much.