Russia more Christian than the USA? 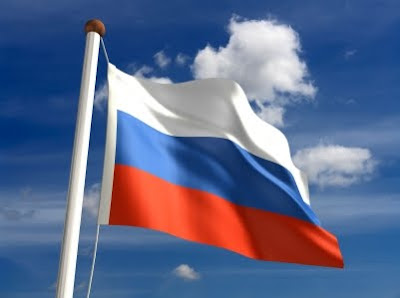 From a land where atheism gave rise to the great beast of communism and the torture of human souls, is it possible that now, only a century later, this same land is leading the way in Christian spirituality? Well, spirituality may be a difficult element to quantify, but when considering the words and actions of Prime Minister, Vladimir Putin and President Dmitry Medvedev, it’s worth a pause to contemplate.

The truth is, Russia is rebuilding churches and monasteries -on a grand scale- lost during the aforementioned era of hell, and on the taxpayers dime. At last count, over $100 million (US) as of late summer 2010. And Vladimir Putin has openly praised the Russian Orthodox Church for “educating citizens in a spirit of patriotism and love of country, passing on love for spiritual values and history.”

Whoa! did you catch that? The Prime Minister is praising the church for teaching his citizens a love of country and spiritual values. Oh, that America would once again incorporate a love of country and spiritual values in our government schools. I can clearly remember the days of Mrs. Lewis’ 4th grade class, in the 70s, where we began each day reciting not only the Pledge of Allegiance but the Lord’s Prayer as well. And here we are, some 40 years later, watching the US government persecuting high school graduates, smashing their first amendment rights when they mention Jesus Christ in their graduation speeches or sending kids home, such as happened in CA last year for wearing a T-Shirt with an American flag on it...sigh. But I digress.

I don’t watch Larry King Live, but was interested to learn the story that emerged from his interview with Vladimir Putin in 2000. Even though Putin’s father was a militant atheist, his mother was an Orthodox Christian and attended church regularly, even during the time when the Church was under control of the state. She secretly arranged the baptism of her son and took him to church services with her.

As the story goes from the interview, she gifted to Putin a simple cross necklace when he was to visit Israel and asked him to have it blessed at the Tomb of the Lord. This Putin did; the cross became very sacred to him and he had it with him always. Later, while visiting his dacha, a fire broke out due to complications with the sauna and Putin literally had to run to safety; he had taken the cross off just prior to entering the sauna. Sifting through the remains of his cottage, to his great surprise, the simple aluminum cross was found, intact.

Putin said of this event, “I was surprised completely when one of the workers, just muddling through those ashes of the remnants, found that cross intact. And the house fell, that was a surprise, a revelation, and therefore I always now keep it with me.” 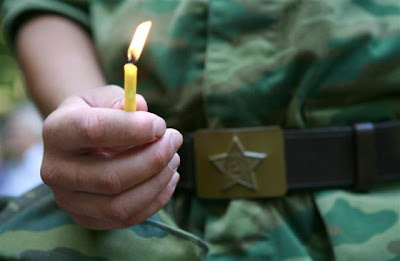 Or, consider the fact that in 2010 Russia celebrated a new annual holiday to mark its anniversary of Christianity, originally adopted as the state religion by Prince Vladimir over 1,000 years ago. This was supported and approved by President Medvedev and even though some of the populous criticized the endorsement of religion by the Kremlin, the overwhelming majority seem to be enthusiastic and full of hope for the future of Russia’s religious landscape. Patriarch Kirill of Moscow,(the spiritual leader of the Russian Orthodox Church) speaking at the liturgy in Kiev to mark this event said, “Facing aggressive atheism and resurgent paganism we remain firm in our belief in God.” Celebrating this holiday at Veliky Novgorod’s St. Sophia Cathedral, Prime Minister Vladimir Putin said, “This was an event of colossal significance ...Russia made a historical choice.” 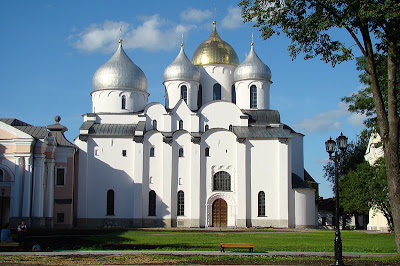 Can you even imagine an address by Barak Obama in which he praised the Christian influence on our founding fathers ...without also mentioning the importance of Ramadan? 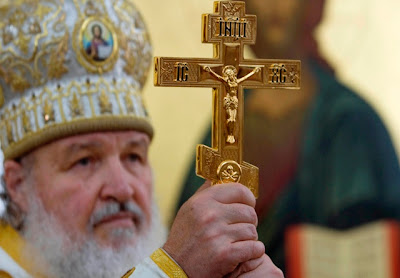 More recently, Patriarch Kirill visited Mordovia, an area that housed two of the largest prison camps in the Soviet Union. During the 1930s, over 30,000 prisoners were held in these camps, including priests, scientist and artists. Many of them were executed for holding views that opposed the communist vision, “enemies of the people” they were called. Before the Bolshevik Revolution, some 600 churches and 14 monasteries existed in Mordovia. Following the revolution, all were either destroyed or closed.

Now, what began in the 1980s is ripening. Cathedrals are being rebuilt which has renewed the city’s vision for beauty and holiness. Presently, 300 churches and 13 monasteries have been rebuilt and surrounding areas have been inspired by the construction to plant trees, clean the streets and in essence, carry on the beautification initiated by the building of churches. Of the transformation of Mordovia, the Patriarch said, “This is a good illustration to the idea that any economic, political or social changes must begin with a spiritual revival.”

It is this essence that I find the most beautiful element of Russia --the depth and breadth of her spirituality. What happens when you take a nation with a 1,000 year history of Christianity as her foundation, suppress her in the vice of communism and then release her? When crushed, she releases her most exquisite perfume. As Pastor Wurmbrand ( a Lutheran minister who survived 14 torturous years in communist prisons) so eloquently stated:

"A flower, if you bruise it under your feet, rewards you by giving you its perfume"

Closer to home, Russia is reaching out to American evangelicals like never before. Even though some may regard the recent changes in the Freedom of Conscience and Religious Organizations policy regarding the limitations of evangelical groups to do ministry work in Russia, I see a country that values her spiritual traditions and history. Why shouldn’t a nation be suspect and limit the scope of religious organizations who take no heed of the culture or history of the people they are ministering to? (Hello, America?!) As an example, this scrutiny has put Russia in an elite world role by disallowing Gulen schools. Russia has said the schools promote an aggressive Muslim education and as such, they are not welcome. 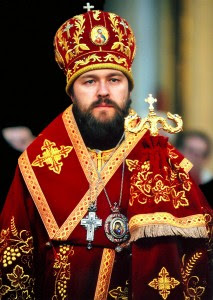 It is clear that Met. Hilarion wants a positive dialogue with American Christians just as much as Christians from other parts of the world, knowing there is common ground among conservative positions, such as abortion, the family and marriage. I hope to see more Americans, especially evangelical Christians, taking notice of what’s going on with our brothers and sisters in Christ in the treasure-filled land of Russia. A land that is home to a people who love and serve the Lord Jesus Christ and who, by the spiritual mettle they’ve gained, have much to impart to us. †

To the best of my knowledge, all images are found in the public domain.

Sources and related articles that may be of interest:

From Russia, with Love

Ministry Values: Is Russian Leadership more Christian than US?

The Voice of Russia: Patriarch Kirill

I think this "tolerance" (in the US or Europe) went beyond its limits some time ago.
On the other hand, there is the flip side of the cone in Russia's "spirituality": there is a lot of activity in restoring the buildings, not souls (kind of opposite to "the Church is what’s left after the building burns down" - from http://cost-of-discipleship.blogspot.com/2011/07/together.html); and the vast majority of people in Russia who say they're Orthodox go to church once a year - on Paskha, it's a cultural tradition for them: to bless the baskets with food and go home before the procession with the Cross starts.

Thanks so much for your insights, Sasha. You really believe it is the majority who have an "empty" faith? I'm sure you are right that some feel this way, as that goes across the board with any denomination. I guess my experience has been only through friends who have traveled there, including the monks at Holy Cross...they share with me a beauty of the resurgence of Orthodoxy in Russia. Either way, my prayers are with them! †

Thanks, too for sharing the link; I'll check it out.

Re: "Can you even imagine an address by Barak Obama in which he praised the Christian influence on our founding fathers ...without also mentioning the importance of Ramadan?"

That the thing about being President; if you're doing your job well, you have to publicly acknowledge we are a nation of diversity, and diverse faiths. To me, anything our leadership can do to nudge us toward respecting and trying to understand one another is a good thing.