Why I Gave Up Being Pope 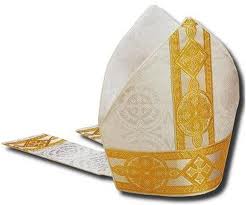 The short answer is:  it leads to chaos and I’m searching for peace and strength.  For the longer reply, read on.
Recently a video titled "Why I Hate Religion but Love Jesus" made the rounds in my circle of Facebook peeps and then a reply by my friend, Fr. Andrew, came down the pike and the comments and feedback exploded. See the video and Fr. Andrew's reply here.
Wow!  Many a feather are ruffled when it comes to talk about Jesus and “organized religion”.  The creator of the video, Jefferson Bethke, laments the disparity he sees between the two, in popular rap style which apparently made thousands swoon.  I might be content to let sleeping dogs lie on this one if it weren’t for the fact that I’m gearing up to write posts bridging the gap, albeit simply, between Protestantism and Orthodoxy.  The fact is, the friction illustrated by the video and subsequent response in blog posts and comments is a perfect starting point for my next series.
Why do so many see Jesus Christ as opposed to “organized religion”?  Why are some content to leave all that church stuff behind and forge onward with Jesus in one hand and the Bible in the other?  God has given me intellect, you might say, and that is enough to read and apply His Word to my life.  It’s just me ‘n Jesus and that’s all I really need.
Except for the fact there’s always that niggling little thing in Scripture that’s not quite understood...not quite clear.  And so, we’ll seek either one of several paths:  read commentaries to gain understanding, ask a pastor or other trusted, knowledgeable individual, or maybe peruse other verses believing that all Scripture is interpreted by other Scripture. Oh, I nearly forgot that other path:  toss it out.
That’s the jewel, or the abyss depending on your perspective, of American Protestantism and it’s one of the major reasons why I left the Protestant realm and found a hospital for my soul in the Orthodox Church.
Let me explain that a little further.  If you’re a serious student of God’s Word and honest, you’ll know that all things written there are not crystal clear.  Some verses need explaining, require context and an understanding of the language. Inevitably, there needs to be something else with which to understand Scripture.  Otherwise the Ethiopian eunuch would not have asked for understanding of the Scripture he read (Acts 8:26-40). When you take in the landscape of American christian organizations you can see the essence of this Scriptural conundrum;  we have literally thousands of Protestant denominations.  Why?  Because each leader of each congregation says, essentially, “I have the answers.  I have the proper interpretation and understanding of Scripture.  I have the Holy Spirit that leads me into understanding.  I am Pope;  I get to decide.”  You see where I’m going with this?  If all these pastors have the “correct” lens with which to view Scripture, how can they all be TRUE?  Is the Holy Spirit divided?  And what happens when my church has a division?  How do I know which leader’s viewpoint and congregation is the one to follow?  aagghh... it’s up to me to arbitrate Truth; that’s so much pressure!
For many years I followed a variety of those aforementioned paths when I encountered something from the Bible I didn’t quite understand. Or, more importantly, I sought for wisdom when my own denomination (American Baptist) was taking a turn in the theology they had held since their inception.  If Jesus Christ is unchanging, (Hebrews 13:8), how can the teachings of Christ change?  Our culture evolves but Christ does not.  Praise God!  he is the same yesterday, today and forever...It is only in this way that we have a foundation at all; Truth is what holds the world.
When I discovered that this church - this body of believers- existed who held onto Truth since the day of the apostles, who held onto the traditions of the faith, whether by word or epistle (2 Thess. 2:15), I knew I was home.  After a tiring journey of much debate, theological posturing and apathy, it felt good to rest in the arms of the Church.  I am not the arbitrator of Truth.  Truth IS,  whether I acknowledge it or not... just as the world is round whether people living on it recognize it or not.  It’s unchanging and fixed.  Hallelujah! I don’t have to be Pope!
Now FreeThinkers invariably say, ‘Fine.  You’ve simply forfeited your right to think for yourself by resting in those boundaries set forth by the Church.’  I disagree.  I see it more like using my freethinking- freewill - abilities to craft a raft with which to abandon survival mode and float down the river toward civilization.  I have found that Rock that informs and nourishes my entire being.
What I find humorous about the atheists and agnostics is the fact that they refuse to ask certain questions.  But of course, they have to, in order to maintain the finesse of their lightweight paradigm.  A paradigm that never investigates its own foundation because they know it’s detrimental to do so.  Asking about origins is fruitless to them who have a great faith in the things that are; exonerating the leaf to be free of the tree.  Origins don’t matter to those whose existence is based upon reason, logic and empirical proofs.  It’s really not so humorous, but rather sad.  I think people who hail free thinking often have ailing spirits, as they are rarely nourished.  How can one nurture what they don’t know to exist? 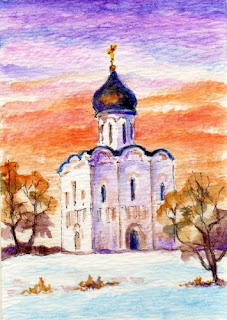 Church as Hospital
In the video by Bethke, he says that church should be a hospital and I agree.  I take it from his angry approach, however, that he didn’t experience it this way.  How dismal and misguided is it to say you love the Bridegroom but hate the Bride?
When I began attending the Orthodox Church in 2004, it was, in every instance, a hospital for my soul.  A non-Orthodox person once described an Orthodox worship service as “listening to the sounds of God”  and I can relate to that.  The sounds you hear in an Orthodox service are otherworldly... the English and Arabic chanting, the bells, the censor, the prayers of the people, the out-of-view choir all add a beautiful dimension to worshipping God.
It’s a mystery how God ministered to my soul during those early years in the Orthodox Church.  I might say it was in the lighting of candles or smelling that heavenly incense...or the kindness of an elderly gentleman who shared his antidoron (blessed bread) with me during a particularly deep valley in my life.  Maybe it was the homily and hearing the words of God being read...maybe it was the reality of what ‘sacred’ truly means.  Maybe it was the beauty and thoughtfulness provoked by the numerous icons.  I can more easily define what it wasn’t.
It was not the friendliness or the social aspect of church at all; indeed, I deliberately avoided this.  It wasn’t the books I read from the church library or the sweets offered at coffee hour or the numerous children’s programs and opportunities.  No, it was none of that.  It was something intangible, yet profoundly palpable because my soul experienced healing through Divine Liturgy at the Orthodox Church. A peace and stability was evident there. Worship through all my senses was present there.  Worship with my mind, body and spirit was present there...
God touched me and lifted my spirit through Orthodox worship...it really was -and is- as simple as that.
Praise Him who bestows grace upon His unworthy servants!

Thanks for taking the time to write about this...and each of us is in the hospital for a slightly different set of symptoms and conditions that constitute our version of the sickness of sin.
One contrast that comes to mind: the church is a hospital, not a Bible study.